I thought I would relay my experiences of the Barry Roubaix gravel race of 2017 which is named after its Northern European namesake for being tough and brutal, but has switched the sections of cobbles for sections of Michigan gravel interspersed with blacktop. It generally lives up to its name and reputation, and this year it did that in spades – oh what misery! For whatever reason, I really like this race. Every year I have raced it, it is different, the weather, the competition, the tactics, and the final outcome. There are three distances to choose from, 22 miles (The thriller), 36 miles (The Chiller), or 62 miles (The Killer). The killer it was.

There were some important lessons to learn from the race, all of which highlight exactly what you will hear multiple times from Robbie, Dave and the VQ coaches during VQ events, camps, and rides.

There are four learnings from the race this year, and one reinforcement from years and events past: 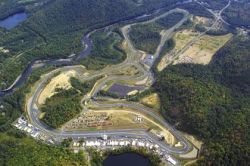 Before Race As I’m writing this report and thoughts on my IM race this year, I’m realizing it has to begin three weeks before the race. I was SO excited that I had finished my last long ride/run combination having driven to Madison for the VQ ride on Saturday. Then, I got up the next day and ran ten miles! I thought, “Whew, the long stuff is done!” It’s not that you don’t still have difficult workouts to do, but it’s a HUGE accomplishment and feels so good to have that last long six-hour workout out of the way. I looked forward to my Monday off and getting into my taper. I felt strong (as strong as you can feel in the last weeks of IM training), but I had been here before and knew whatever power I lacked on my last ride/run would come back to me by race day. However, there was a new, unanticipated wrench about to be thrown into my training. Monday I had a great day off, spent with family and relaxing.

The Olympics had just started and I was addicted to watching the many sports that were being broadcasted. Monday night, I fell asleep on the couch watching...

How to Prepare for Any Race

One of the great things about endurance sports is there is a flavor for everyone. Do you like going long? No problem. Dirty Kanza, Ride Across Wisconsin and Ironman are probably right up your alley. Love slogging away for infinitesimal gains? Time trials and triathlons provide the outlet you’re looking for. Are you an anaerobic anomaly? Look no further than your local criterium or the velodrome.

The wide range of endurance activities (all of these including the bike, of course) might make you think that everyone needs to train in vastly different ways. That might be true for other reasons, like work/family obligations or our own unique physiologies, but taking this view too far is missing the forest for the trees. At the root of it, preparation for every single event follows the same general pattern with only the details being manipulated. Once you understand the pattern, and know what those details should be, planning your training becomes a simpler matter.

Preparing for your next big event starts right after your...

Race-day Recap to Have You Ready to Really RUN!

If all season you having been pro-active and practiced your race-day nutrition plan, this will be a refresher course.

Tune into AM 670 this Saturday morning for Sports Talk Radio, between 7-8 a.m, for more nutrition & other marathon tips.

I’m sitting in the hotel room with my bike packed away for travel and ice on my sore shin. So, somewhat immobile, I thought it might be wise to record my experience at the 2013 El Tour de Tucson for future reference. I doubt words can give the physical element the sensation it requires, but this is my attempt to record and share.

The first hints of promise came from The Weather Channel app on my iPad days ahead: rain with cool temperatures in the 40s and 50s were forecast. To a man from the Upper South, this sounds like a normal November outlook, but I have come to learn that it was the foreboding of a most unusual cycling event. Many have quoted that it rains three days per year in Tucson; I experienced two during my four-day trip. But, let’s not make this just about the rain.

I arrived on Thursday gleeful to see a few Vision Quest Coaching (“VQ”) friends and reconnect with the strangeness of a mob of multi-skill-level, middle-aged cyclists away from home, most...