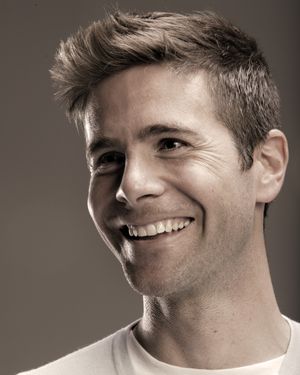 From the beginning, my father, Robert Ventura, instilled a sense of drive in me. A sense of needing to accomplish what I’ve started and a need to help others.

This is how Vision Quest Coaching was born.

While I was a pro cyclist for the U.S. Postal Service team and a commentator for the Tour De France, I was able to learn from some of the greatest coaches and physiologists in the cycling world and it’s something I wanted to share.

I wasn’t the greatest athlete at an early age and because of this, I had to really put in the extra effort to realize my full potential as a cyclist. Growing up, I learned everything I could about the technology and tactics; ways to conserve energy and how to maximize efficiency. I was training 3-4 hours a day, racing at least twice a week, but the only gain from it was my own. After learning all these tactics over my lifetime and training with my various teams, an opportunity arose that allowed me to share my knowledge.

A fellow cyclist (E.J.) on my Local Team was having issues keeping up with the other riders. He could hang with the pack, but when the other riders pushed it, he kept on getting dropped. E.J. wanted to be faster and leaner; to be a better cyclist all around. The passion was there but something else was missing. It was at this point that I started asking him a few questions. After speaking with him, I left feeling fortunate that I may be able to help.

A week or so later, E.J. and I met for a ride around Lake Geneva and after a few laps decided to duck into a bar to refill our water bottles and get a bite to eat. It was at this time that Vision Quest was truly conceived. We spoke some more about tactics which led me to write down a training plan on the only paper nearby; a cocktail napkin. I passed it over and told him to follow the training plan and not simply go on rides to practice. After reading through it, he agreed.

A couple of months later, E.J. was a completely new man. The intervals I taught him changed his riding strategy so much, he was passing everyone and leading the pack! After that ride, the other riders asked E.J. how he got so damn fast in such little time. E.J. spoke about the training regimen I wrote him and how, by taking all the necessary steps, it worked wonders for him. Our Local Team went home and I felt glad knowing I helped another rider succeed. The following Saturday, E.J. and I agreed to ride at his house, only to find the rest of our Local Team waiting patiently to practice with us after his success!

Once the dust settled and the ride was over, I began to train more people over the next few months on our Local Team and any other athletes who would request it. I felt overjoyed to be able to pass along all this knowledge and skill to fellow athletes so they could better succeed in their endeavors. The selfish feeling I once possessed started to dissipate and from there, I knew that this is what I wanted to do for the rest of my life. I wanted to help fellow riders and athletes of all abilities become the best versions of themselves they could be. And to think, it all started on a cocktail napkin in a bar.