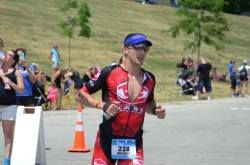 The above question or some similar variation of it can probably be found on every endurance training-related message board in existence. The responses that follow from both experts and laypeople likely run the gamut of both extremes. It’s in our nature to try to answer questions like this in absolute terms, but when it comes to training, very few things are set in stone. Instead, look for common themes that provide useful starting points to determine what will work best for the individual athlete.

Another challenge is that less experienced athletes will look to more experienced competitors and try to mirror what they see. Intuitively, this makes sense. If you want to be as good as someone else, do what they do. The missing piece here is that the experienced athlete is, presumably, doing what is appropriate for his/her current level of fitness, developed through several years of trial and error, not to mention substantial effort. While some training principles are scalable across the fitness range, others are heavily dependent on a strong foundation in order to provide optimal benefits.

There are two potential paths to success. One is to do little training, but at very high intensity. The other is to become a mileage junky, pouring on the endurance miles. In the short-term, the high intensity protocol is likely to yield quick gains, but it also comes with diminishing returns. Because intensity training is so demanding on the body, it won’t take long to hit a tipping point where the body is consistently fatigued, meaning the quality of the intervals suffers and the athlete can no longer work hard enough to produce the desired gains. That athlete is also likely to suffer in longer events because the endurance and aerobic fitness to support several hours of exercise has not yet been built. On the other hand, the athlete who falls into the camp of “the more miles I ride, the better I will be” will see success for a period of time as well. Even if the intensity is very low, the volume is providing an overload for the body that results in growth. Realistically, however, there will come a time when most athletes can no longer increase their training volumes and those improvements will therefore cease. It may take longer to get to this point than with the high intensity approach, but it will eventually happen. To borrow a mechanical concept, consider sand and the “angle of repose”. This angle refers to the steepest slope a granular material (sand, snow, sugar, etc.) can be stacked without sliding. It is no accident that sand falls the way it does in an egg timer. The frictional coefficient of the grains helps it to maintain a specific angle. Wet sand will have a steeper angle of repose than dry sand because of greater friction. Training exclusively at high intensity is like stacking wet sand. The initial results will be encouraging, but when it starts to dry out, cracks will start to form and you will see the weaknesses of your plan.

Similarly, dry sand can only be piled higher if the base gets larger, which is similar to limitations faced with a high volume training approach. Mixing both intensity and volume effectively helps to keep your training sand damp, allowing it to grow higher. It is a bit like the constraints of the glass that you see with the egg timer. As sand continues to fall, the angle of repose remains constant.

However, although the actual base cannot grow larger, the effective base if you would continue to extend the angle beyond the edges of the glass continues to increase. How much and what type of intensity to include depends on your racing goals. A criterium, time trial, sprint or Olympic racer will need a fair amount of intensity at and above threshold power. A century rider or 70.3 and IM triathletes typically need to focus more on building endurance. Remember, there are no absolutes. If you’re trying to ride a fast century or qualify for Kona, you probably need to include some regular intensity to get used to the speeds needed to reach your goals. Normally run intensity is frowned upon at VQ because of its increased potential for injury, especially when there are often still gains to be made on the bike. But for those with good technique and durability who are trying to squeeze the last little bit out of their performance, run intensity needs to be considered.

So which is better? The answer is neither and both.

Volume and intensity both have a place in the training of every athlete. Maybe not right at the present moment, but if you stick with your sport long enough and want to see what you’re really capable of, you’ll be plenty familiar with both!