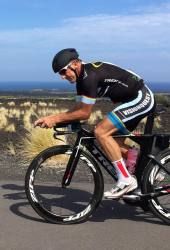 Peaking at the Right Time

In the last article, I talked about mapping out your racing and training schedules so that you can appropriately target specific energy systems and know when and how you need to move toward more race-specific training. This time we’re going to focus in on that race-specific training period and how to deal with the challenges you’re likely to face. For some athletes, this information can be immediately applied. Other athletes with late-season goals may want to file it away, as they are probably a month or two away from the start of their intensely race-specific preparation.

What you’ll find below is predicated on the assumption that you’ve put in your time building your energy systems and have a very strong and stable foundation of fitness across the board (aerobic, threshold, VO2). This should always be the starting point for any race-specific training program. When each system is strong and in balance, it´s much easier to hone the needed energy systems to a higher level for optimal performance.

Following the plan over the preparation period is pretty easy. Think of it as a ship heading from the UK to New York. Maybe when you first set out, your ship is pointed a little bit more toward Miami. Not that big a deal, you still have 3,500 miles to get back on track. The race-preparation phase is the last third of this journey, when you want to make sure your ship is on the desired course and make needed corrections quickly to avoid adding unneeded time, distance and effort to your journey.

It is an incredibly rare case in which training that is mapped out at the start of the year is carried all the way through to race day. Work and family obligations creep in and get in the way. Sickness or injury puts you out of commission for a week or more. Sometimes you simply don’t progress as quickly as you had hoped. Other times you may actually progress faster than expected, but when you’re looking to be at your best on one specific day, that’s not necessarily a good thing.

One of the most important things you can do to stay on track during your race-preparation phase is to start it at the best possible health. That means you’ve given yourself adequate time in the general build-up to recover from any sickness and heal any injuries. If left untreated, those things tend to crop up again at the most inopportune times, derailing the best laid plans. This is also the time when you want to be sure you have complete buy-in from others in your life or at least as much as you can realistically expect. (Most of you probably won’t get away with telling your boss you need every Wednesday off to put in a long ride!) Think about your non-training schedule and try to plan as many things in advance as you can so that there are fewer reasons to miss the training that matters most. That means preparing snacks so you can always refuel properly after workouts, being diligent to minimize surprises at work and getting to bed on time each night. You probably won’t do everything perfectly, but try to do as many things “right” as you can.

Consider the rate of your progression as well. If you’re not coming along as fast as would like, it may be time to take a step back and have an objective look at your original goals, particularly if they were time-based. Is the ramp rate between now and then realistically achievable? If so, it’s better to make the necessary adjustments as early as possible to avoid a last-minute scramble. If reaching the original goal isn’t realistic anymore, it will be much better to readjust your expectations and continue on the more linear course toward those new goals.

On the other hand, how should you handle progressing faster than you want to? Some may ask why this is even a problem, thinking “If I’m going well now, won’t I be going even better on race day?” That’s certainly a possibility and definitely an enticing proposition. Athletes in their first or second peaks may not know the answer, but those who have been in that position a few times before should have a sense for how long they can hold their fitness. Ideally, your training load should top out 10 to 14 days before your event. From there you would scale back your training, building freshness and carrying residual fitness into a peak performance on race day. If you’re on track to hit your maximum too early, you may find yourself on the downslope of your fitness when you start your taper. Just like the case above in which you’re progressing more slowly, it’s best to recognize you’re progressing too quickly as early as possible and make adjustments that will allow you to sustain that peak fitness level longer.

Information is your most important tool in doing this right as often as possible. Every time you try to peak for an event, take note of the outcome. What worked and why? What didn’t and why? Use this information to avoid some of the pitfalls the next time around. Realize too that just because something worked once doesn’t necessarily mean that it will work as well again and just because it didn’t work doesn’t mean that it couldn’t be an effective strategy in a different situation. As you accumulate more and more experience, you’ll be able to identify the patterns and strategies that help you to be at your best when you really want to be.