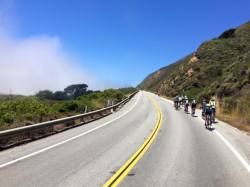 What Your Power Meter Has to Tell You

Throughout the year, but especially during the off-season, you hear Robbie and me talk about setting reference points. We are often talking specifically about supermax testing, which comes around every 8-10 weeks. But if you have a power meter on your bike, every single ride you do becomes a reference point. This doesn’t mean you always have to be working at your limit, but most workouts have something to offer if you’re willing to spend a few minutes a day on post-ride analysis. If you don’t, you might be leaving something on the table in terms of your development as a cyclist, not to mention only getting a small portion of the value out of an expensive power meter.

It’s true that the key reference points everyone should know are those associated with each energy system. We often look at peak sprint power, 4-minute power for the VO2 system, 20-minute power for the threshold system and a steady 3-hour ride for aerobic fitness. These values are useful not only for measuring fitness gains in each system over time, but also as anchor values that will help you make an educated guess on the proper power for intervals of other durations. The first time you perform a new workout, 2-minute intervals for example, you may use the 4-minute test as a starting point.

After this first session, you have new and more valid reference points for this duration. On the next attempt, refer back to past experience at that duration so that you can use your fitness more wisely and motivate yourself to push a little harder. You could look at your power output several different ways. If the first workout involved drastically decaying power, the first goal may be trying to find an appropriate middle ground where all intervals are completed at similar power. If the intervals were already reasonably consistent, maybe you would start at the same power as the previous attempt, but try to gradually increase the effort of each interval and determine where your upper limit is. Another approach would be to start at a slightly harder effort than you know you can do and sustain it for as many intervals as you can. As fitness grows, try to hold that same power for more intervals.

Once you’re using your reference points effectively, another application is to see how consistently you’re holding your target power. This is a useful approach from the shortest efforts up to the longest rides. If your 2-minute reference point is at 300 watts, you would normally want to arrive at that average by riding at 300 watts, rather than starting an interval at 350 and finishing, fatigued, at 250 watts. By the same token, when you’re training the threshold or aerobic systems, you want to spend the bulk of your working time (note: working time, not riding time) in the appropriate power zone for that energy system (Zone 4 and Zone 2, respectively). Beyond just the power data, meters also give you the ability to correlate power output with other metrics such as speed, cadence and heart rate. For instance, over the course of a training block in which you’re trying to improve your aerobic fitness, something that you may look at is the relationship between power output and heart rate; you should see a trend toward lower heart rates for a given power. In race situations, speed trumps all, so even though power may be lower than you hoped, if you rode fast, then it was still a success. Whether it is appropriate to look at one or more of these other metrics may depend on circumstances and objectives, but the information is there for you. There is a wealth of information available beyond the basics as well, such as kilojoules, normalized power, Training Stress Score, intensity factor and more. If you’re new to this, I encourage you to focus on a few simple data points and look to them consistently. As you develop a better understanding of yourself, you can expand your analysis.

Look to your coaches to help demystify the information you’re seeing. The same advice applies to those who have neglected to analyze their data because they feel they don’t have the time. A variety of products such as TrainingPeaks.com, WKO+, Power Agent and others make the analysis process very simple, and if you focus in on a few key data points, you can extract that information very quickly.