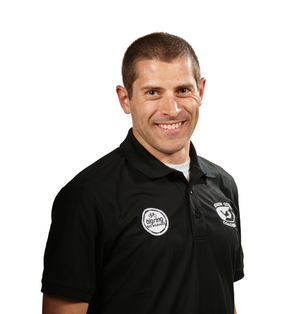 For most athletes, we’re now in the “off-season” timeframe. This part of the year is often characterized by less focused training, a less rigid diet and the accompanying loss in fitness and increase in weight. Many are also procrastinating on the start of their indoor training in the hopes that summer will swing back through for one last blast before we succumb fully to the icy chill of winter.

Robbie has talked in the past about how most working athletes don’t really need time off in the off-season because the load they accumulate over the course of the season just isn’t enough to really require a physiological break. Significant losses in fitness can take place in as little as two weeks without training. In a month, fitness can be reduced 20%, and it’s a very precipitous slide from there on. The further fitness drops, the longer it will take to return to your former glory.

While it may be true that most of us don’t really need a full break, a phenomenon I’ve often observed over the years is that even highly motivated athletes hit a bit of a wall around this time of year, after their big events have come and gone. Even though they may not be physically wiped out, it seems they are emotionally fatigued and don’t have the same drive as when building toward their events. This manifests itself in the physical performances. A period of reduced training load and focus can be helpful in resetting during this time. When training becomes work, sports can become less fun. This is an ideal time to get back to what you fundamentally enjoy about swimming, running and cycling.

This “fun” approach can’t go on forever. Eventually you’ll need to start getting back into some more structured training. So how do you balance a general enjoyment of what you’re doing with progress toward your goals for the coming season? One great way is by focusing on different metrics that you’re usually less concerned with as training becomes more and more specific.

The event season tends to be one of building. We want higher FTP, more volume and more TSS. Most athletes that come through VQ are pretty focused on FTP. This is not without good reason: a strong base of threshold fitness is associated with top performance in goal events across a fairly wide spectrum. However, at this time of year, building FTP shouldn’t be a primary goal. It’s still important to take part in regular benchmarking (20-minute test efforts), but think of the outcome as more of a reference point than a measure of how good you are. Training at a current FTP value will help you to achieve properly dosed training relative to your current fitness level. And while you’re not as worried about that number, focus on some other numbers, like what the actual power you can hold for different durations is or how that number is affected by how much rest you have between intervals. Learning more about how your power varies within an effort is invaluable to understanding how to manage it within a race environment.

The realities of shortening days and limited attention span on the train mean that it’s often hard to progress volume in the way you might during the warmer summer months. With volume plateaued, you won’t see much change in your TSS or in the shape of your Performance Manager Chart. Don’t worry about what those are doing right now. Instead focus on intensity factor (IF). Learn how different types of workouts affect you and how long it takes to recover. Many of our indoor intensity workouts at VQ have relatively similar IF values. In theory, this means they should feel about as hard as each other, but some athletes may perceive a workout with a lot of VO2 to be more challenging than a tempo-based workout and vice versa.

Yet another series of metrics to focus on includes those dealing with economy of motion. This is always an important part of athletic success, but during the racing season it often gets sidelined in favor of volume and intensity. Returning to some skills-based work now is a great way to shoo away bad habits and reinforce proper mechanics. In the pool, distance per stroke is a great, simple way to get an idea of how you’re performing. The next step would be to do some video analysis with a coach. On the bike, left-right balance is helpful for diagnosing pedaling asymmetries. And a metronome may help you increase your running cadence, or if you have a device that analyzes vertical oscillation, you may be able to develop a quieter stride.

One last metric worth looking at now is body composition. A simple scale is accessible to nearly everyone, and home scales with body-fat analysis are readily available. While the body-fat measurements are crude, observing them regularly should at least offer insight into how your body composition is changing over time. The next level analysis includes a full body DEXA scan, which not only looks at fat mass vs. lean mass, but can also determine if different parts of the body are symmetrical. All this information can be used proactively to help you begin improving body composition now, while training stress is relatively low and being a bit lethargic from restricted calorie intake isn’t going to have a major impact on a key workout. And imagine the relief you’ll feel if you can reach your target weight now and just focus on training during the race season, rather than worrying about losing those last few pesky pounds.

Off-season training doesn’t need to be overly complex, and you don’t have to sacrifice the fun parts of it to still complete meaningful training sessions if you know what to look for in your metrics. Consider which areas need the most growth and target those systematically. Check in regularly on your progress and, if you find you’ve improved to a degree you’re comfortable with, turn your attention to improving another one. Before you know it, we’ll be into the new year and building up toward 2019 events.