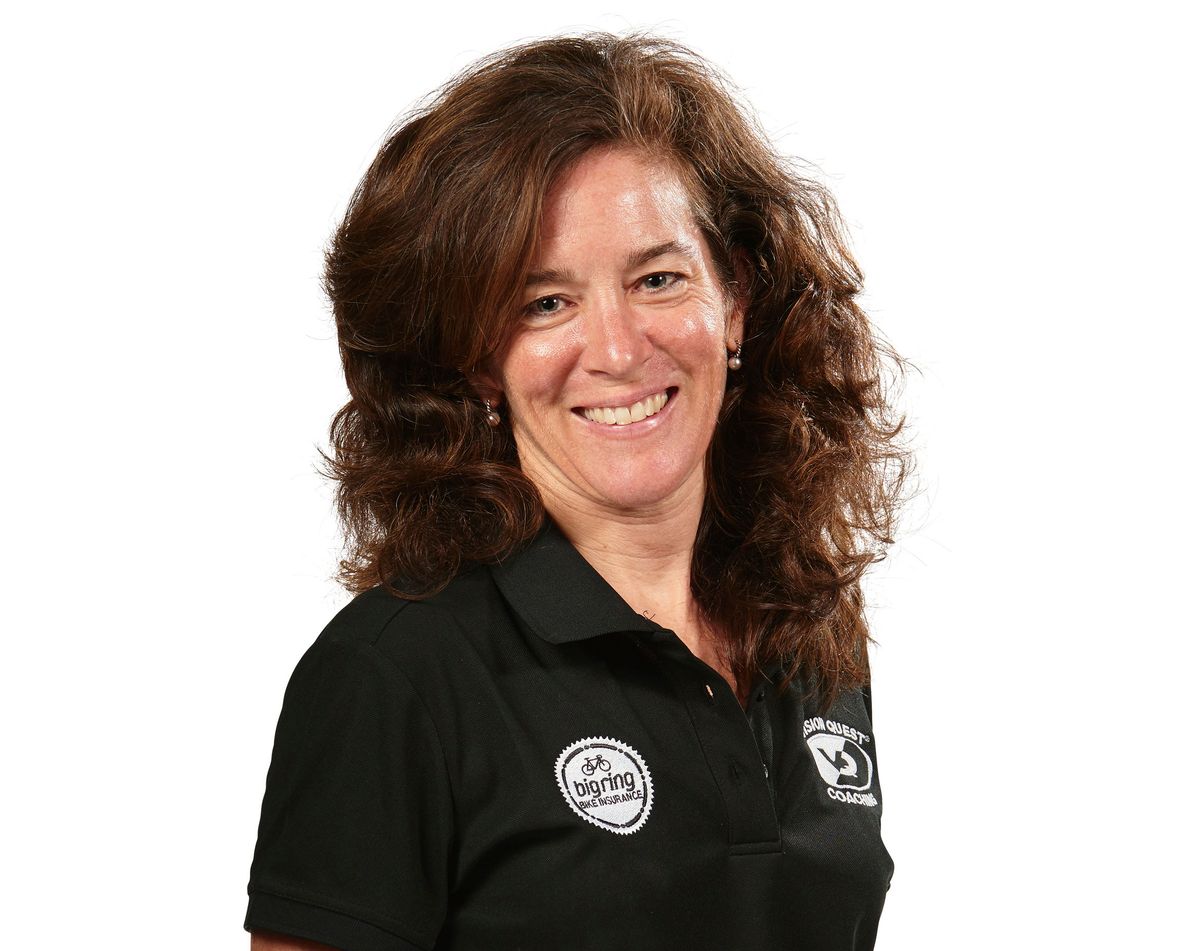 When I get on the bike, I don’t think about whether I am a woman or a man. From my viewpoint on the saddle, I am just a body with two legs that pedal, eyes for the road, a stomach to feed and a brain to wrestle with. I don’t think the guys that I ride with give much thought to my being a woman either. It’s just not relevant when you’re all working hard together and keeping the pace.

So when Dave Noda asked me to join the first women’s team to ride the Sub-5 Century for Parkinson’s last summer, I had to think about it. I wasn’t excited about doing just a “girl thing”, I didn’t see the point. It’s not that I don’t like hanging out with other women, it’s just that it’s not a priority when I’m on the bike. Then when I found out that the range of Functional Threshold Power levels for the nine women on the team spanned 100 watts, I really wondered what I had gotten myself into.

How could we maintain a pace of over 20 mph for 100 miles when the weakest among us struggled at that speed for only a few minutes? Wouldn’t the team just end up riding at the pace of the slowest member? There is one thing I really have to give this group of women credit for: they do know how to organize! Within days, we had a training schedule. We met at one of the member’s apartments and, over delicious appetizers, discussed fueling and hydration, pace line tactics and “what if” scenarios. On the road we practiced smooth transitions so as not to kill each other with surges. We got a sense for each other’s steady state pulling strength and were able to create an order to the paceline that maximized each rider’s ability. We agreed that the strong ones would pull longer, into the wind and on the downhills. The weaker ones would pull uphills. We took advice from Robbie and others on how to transform this group of women--who, for the most part, had never even ridden together--into a real team. The trick was to make sure that each of us, no matter her Power/Weight ratio, felt as if she were putting out maximum effort. There was one thing we promised each other: we would finish as a team. With that decision, our fates were joined. If one among us rode 100 miles in less than 5 hours, then we all would. I think in the end this was key.

Each of us then had as a priority not only to look out for ourselves, but also for each other. It was the only way we were going to reach our goal. I remember looking at our team at the start line on ride day: a mix of triathletes, road racers, gravel riders, mountain bikers and recreational riders. What a crew! Could we do it? Between us we had done almost every event in the Midwest, plus others including Leadville, Lotoja and one of us would be competing shortly at Kona. I can’t recall too many details from the ride itself except that we passed a lot of corn fields, had our pictures taken by the roving paparazzi, battled a nasty headwind and were grateful it was not sunny and hot. Most of all I remember it was really hard work. We were working together like a machine, acutely aware of each other as separate but connected parts. We communicated a lot: who was on, who was off, about the pace, how each was doing, everyone’s drinking, eating, etc. It was a pretty spectacular feeling to be a part of this effort. We did have a couple of stumbles. One team member fell off the back and we had to gather her up and bring her back in. Another came up short on fueling, but we fed her and put her in the middle of the pack for the rest of the ride. Then we took a wrong turn on the second lap and I think this might have been what cost us. In the end, we met the goal of finishing as a team--the only team that finished together that day--and with a time of 5 hours, 7 minutes. And at 5 hours, 8 minutes we had already committed to coming back and finishing the job. The real victory for me however, was in seeing my team cross the finish line together, knowing what we had overcome individually and as a group to get there.

This year, the Sub-5 Ride for Parkinson’s returns on September 7th. In one of the e-mails from the sponsors is a photograph of Gillian Forsyth leading the VQ Women’s team (which included Leslie, Priscilla, Annie, Beth, Patricia, Lorraine, Kelly and me) in a perfectly formed paceline. The text beneath the photo reads: “Note that they are riding approximately 3 feet from the white line and taking up less than a third of the right-hand lane. That's how your team should look.” Yes, I think they are right. That is how a team should look!