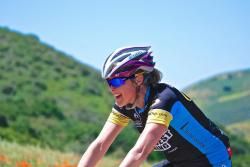 Off Season and Out of Season Goals

Training for any race or event goal is complex. There are some significant additional factors to consider any time you have a goal on your calendar that falls outside the traditional “season” for endurance sports. Depending on your location, the season usually begins in March or April and continues until September. For the sake of this article, we’ll consider anything outside of this time frame either off-season or out-of-season.

There is a crucial distinction between these two terms, and as a result, each will need to be approached differently. Off-season goals are those that are not central to your overall training and racing ambitions. In most cases, these goals simply fuel the competitive fire. Such goals are worthwhile because they make it easy to get a dose of high-intensity training without the psychological stress of an interval session. While it is important that your training be at a level to support your participation in the event, in general there is no need to make any modifications to your regular training routine.

Setting an off-season goal in an entirely different sport can be a good idea as well. It will motivate you to spend some time on an entirely different activity, making use of muscles and movement patterns that have been neglected during your main racing season. Although you may have a specific performance ambition for the event, it is important that the majority of your focus be on the process leading up to the goal rather than the actual outcome.

Out-of-season events, on the other hand, are those that parallel your primary racing goals but fall outside of the traditional season. This definition could also be extended to some of the first spring events after a winter of training. For those of us in locales where fall and winter weather and light restricts training opportunities, it is important to have a solid action plan in place to ensure that you will be able to complete the training necessary to not only complete the event, but also to reach any performance goal you have set for yourself. On the bike, this is likely to mean a lot of time spent on the trainer, which may not be convenient and is not always enjoyable.

The other factor to consider is finding time for a restful off-season. Taking the time to decompress from several months of racing allows the body to repair minor damage you may have been training through, as well as regaining the mental motivation that keeps you sharp for racing. Without this break, you may carry this residual training stress into the following season, which could prevent you from reaching your full potential the following year.

For events that fall late in the out-of-season period, consider their significance in the big picture. A great example of this in the Chicago area is the Hillsboro Roubaix road race. This popular event draws many cyclists from several states and is one of the first opportunities for many of them to “show their stuff” after training indoors and solo much of the winter. No one wants to go into this race under-prepared, but if you also have strong ambitions later in the season, such as Super Week or the many August criteriums, it is also necessary to have a plan to maintain your form through the season or to prepare for a mid-season lull and late season build.

Events that fall outside the summer months can be great fun and an excellent opportunity to train a different way. They can also be events that you are as intently focused on as any other athlete was during the summer season. Whichever camp you find yourself in, be sure to give some careful thought to the special considerations associated with either goal so that you not only get the most out of this event, but also set yourself up for strong future performances.